This time, I was inspired from a work by Tomoka Watabe, painter.

The work I was inspired is a drawing on glass.

It changes its expression depending on the viewing angle. 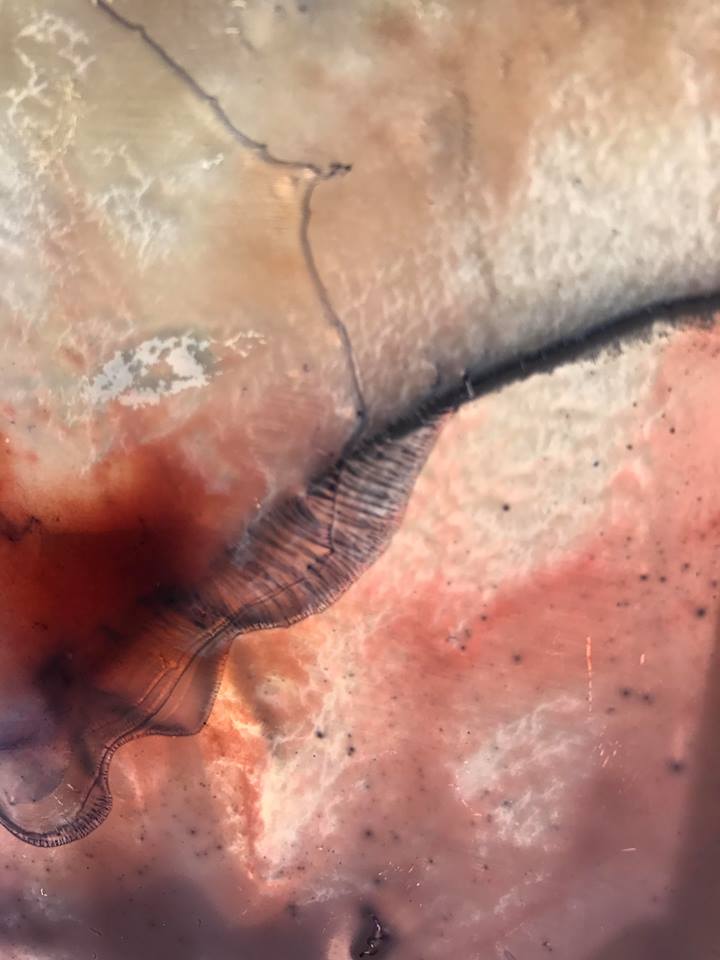 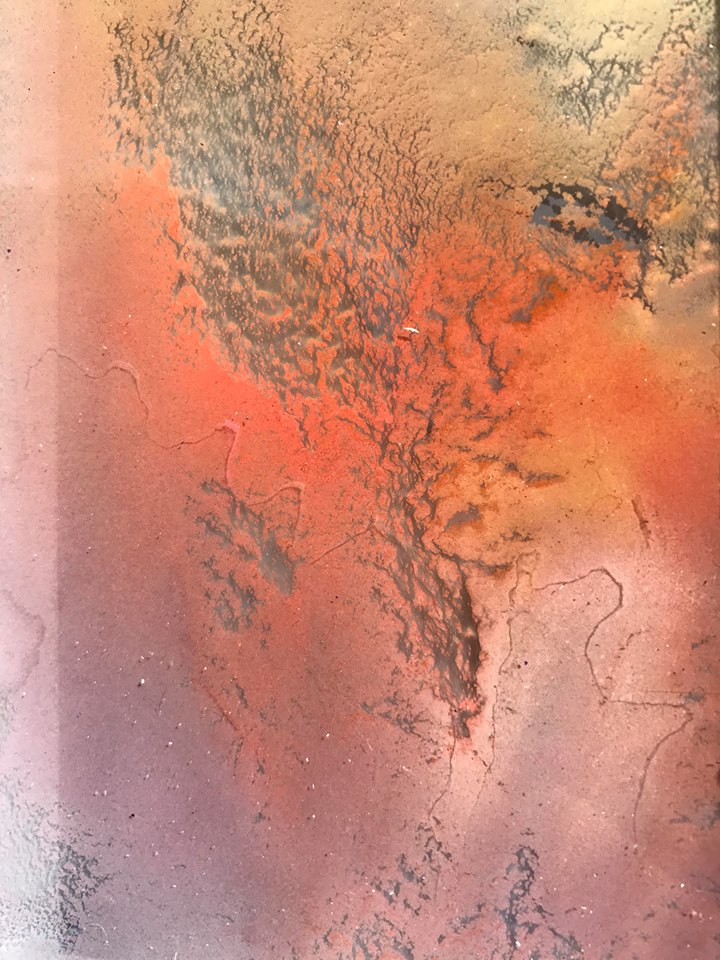 I'm making a "star" in a small island country.

This island country is located in center of a big ocean.

There were less than thirty thousands people here.

Here, the climate is calm every season and there are few disasters.

One fine evening,  I was searching for peaces of glasses which had been washed up on a beach as usual.

"How about searching pieces of glass on the beach, and collecting them, then making a sphere shape object? When the work complete, I'll name it "star"."

One month before, I had come up this idea, and started to collect glasses.

Pieces of glass which are washed up on a beach are usually trimmed and frosted.

But, pieces here are not trimmed and clear. They look like just broken into pieces.

When I get glasses, I put them into a small empty can till it gets dark.

I have done it for a month.

Color of glass being penetrated by evening light is so interesting. They change its color depending on the viewing angle. I can see it for a long time.

The evening sky had complicated color, which is a patchy pattern of pink and orange.

I could see a island which is located over there clearly.

Across the sea, there was another island country,

It takes about 30 minutes by ship.Its size and population are similar to ours.

I had been to the island once with my family.

It was a trip. I had been a small child.

I had remember gazing the beautiful sunset from a hotel.

"Why this island shows different color of sunset from my island?"

I had thought, gazing the sun setting.

Probably, this was because of exciting of my first going abroad.

How things being looked is depending on how we are feeling or thinking.

I can't confirm my idea now.

Because people living this country are banned going to that island country.

I heard a voice behind me.

A woman stood there. She was wearing T-shirt, jeans, sneaker.

"Are you doing such a thing today, too?"

She came to me and saw my can.

She worked at cafe till noon. After her work, she sometimes comes to the beach to take a walk.

We became friends through meeting here.

"You worked at cafe today, too?"

"Yes, boring, there are few people today, too."

She smiled, and bent down, and saw the beach."

"Hey, what do you want to do by doing such a thing?"

"Yes, but, it's natural because we are others. Oh, I found."

We can't understand eat other because we are others.

She picked up a piece of glass.

"We can see the island clearly."

She stopped piecing up glasses because she probably fed up wit it. She stood up and gazed that island.

"I hope nothing will happen."

She turned back, and looked up the sky.

The sky had been already dark. I couldn't see the ground.

She pointed the sky.

I turned to her, and look where she pointed.

I could see small lights floating in the sky.

Three planes were flying to that island.

"The island will become noisy, too."

"And a lot pieces of glass will come here."

Planes gradually came, and over our heads, and to the island.

We were seeing the direction where planes went.

After a while, she saw a piece of glass in her hand.

"Well, this is used for high-class brand furniture.

She showed me the piece. A name of that bland for furniture was written on the piece.

In this beach, there are a lot of things which are washed up because of an ocean current.

That piece of glass may be carried from that island.

"We can't buy furniture like that forever, can we?"

I spoke to her with half smile, but she was looking at the glass, then saw the island.

Some lights flashed above that island.

We could see flashes on and off.

"How long does it last, do you think?"

I don't know, but, according to the news, there is probability for large scale bombing.

That country was in a state of war.

I wondered how many furniture will  be broken by bombing today and how many pieces would be washed up on this beach."

She was with tears in her eyes.

"I don't know why, but, this scene makes me cry.

Her tears were running on her cheek.

She kept seeing over there without wiping them.

It's usual. She never see bombing without crying.

"Can you understand my feeling?"

She looked at me.

I couldn't cry. I couldn't understand her feeling.

As she had said, others can't understand each other.

She was praying in her own way.

Instead of crying, I was praying in my own way.

By making a "star" with glasses which had been destroyed and carried from that country.

For a while, I was looking flashes.

She had picked up an orange piece of glass.

I bent down and took at the glass.

We saw the glass together for a long time,

She was crying, I was making a "star".

The color of this glass we were watching may be different.

It was not only because of the angle.