"Storyteller in art No.4"

I was inspired by the work of Miki Kobayashi, Singer-songwriter and Musician.

I had her compose musics for the performance "GuskoBudori Under The Stars", I had written and directed.

Her music can fill hearts gently.

I often listen to them at night.

They can melt the bad thing accumulated on my heart during a day.

They reshape myself seesawing among a lot of daily things , like cup which can keep a shape of  water.

I was inspired by that point.

Italic texts are quotations from her songs. 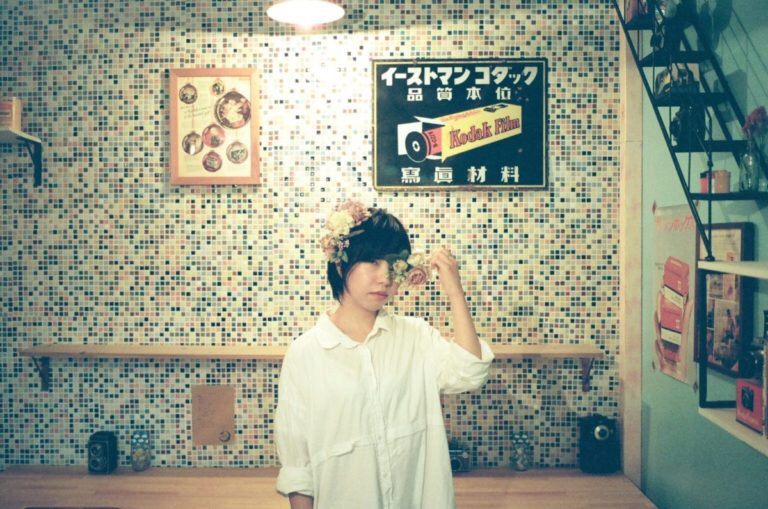 Liquid which needs vessels not to flow out.

It was December night, It is so cold in a park.

There are a lot of families and lovers in the daytime, but now, 2am, there is no one.

I sighed loudly, and lay down on grass.

I feel that it allow me to be myself.

I feel the dark space is not related to messy daytime.

The last despair of the day had been floated on the surface of water.

I had had quarrel with my boyfriend on the morning because of a trashy thing.

Then, I had took a crowded train to go the small advertisement company where I have worked for 3 years. When I had got there, I had got a scolding by a manager for delay of my project. It is because of him that cause of delay. But, if I  had said so, he would have got more anger, so I had not told him so.

Afternoon, I had gone wrong way to go to a client. This had made him angry, more.

I'm so clumsy, I had spent like this in the morning, afternoon, evening, then,

When I had come back my house, with fatigue, I had found the dead body of my gold fish floating on the surface of water. I had got it with my boyfriend in a festival this summer. It had swum actively in this morning but at at that time it had been floating relinquish everything.

I had liked the gold fish because it had always eaten food awkwardly, like me.

I hadn't understood why it had dead.

I had kept water clean, I had fed enough, and it had been fine by this morning.

But, actually, it had been dead.

…I can't do my work well, and what is more, can't keep a gold fish alive.

When I had thought so, I had bursted out crying suddenly because of agony and vexation.

I had tried to lift up the fish tank, but, I couldn't do.

The fish tank slipped off from my hand, and broken into pieces with a big sound.

Water had been scattered because it had lost a vessel, and the dead gold fish fell on the floor.

At this moment, my mind had also broken into pieces with a big sound.

My boyfriend will be back late today, because of drinking.

I went to bed without taking shower not to be found my mind wavering.

I put pieces of fish tank away, but I left water and dead body.

He was sleeping beside me.

I couldn't sleep any more.

So, I wore a down jacket, a knit cap, and a scarf to go to the park.

The gold fish was still left there.

I breathed in the silence.

The space which is empty in the daytime was filled with night, surely, as if a vessel were filled with water.

I floated in liquid night. It was comfortable.

The daytime-world is too messy for me. I can't move, check my phone, consider  projects, and make my manager feel good, simultaneously.

Night is better. I can see nothing so I don't have to think the outside world.

Only thing I do is floating, the sea of night.

…but is it different from a dead gold fish?

I found I cried again.

Tears, which are liquid, ran down my cheek.

I wiped a drop of tear, then it vanished into my hand.

I gazed on the moon in the sky, and I remembered the broken fish tank.

Even night exists only with vessel, time.

I am also liquid, now.

I manage to exist with help of night, like water in a cup, like a gold fish in a fish tank.

Night keep my being.

In the messy world, thanks to night, I can exist as myself.

I can float without losing myself.

So, what would happen after night is over ? after I would lose my vessel?

I wonder if I can keep myself in the empty world.

There is a possibility that I flow off somewhere in a messy world.

I imagine my flowing out.

After I lose my shape, I would flow out the bright empty world.

I can't be my being any more.

Myself not being myself would be like a dead gold fish.

Falling fish tank, I scattered on the floor with a dead gold fish.

And then, and then,

I woke up then.

I saw him standing there.

He didn't wear a jacket.

I had fell into asleep without noticing it.

The  sky started to grow light.

He said, rubbing himself

If you feel cold, you should were a jacket.

"Our gold fish was dead, you disappeared, and…."

There are tears in his eyes, tears, liquid.

"I bet you feel cold. Why you went out without a jacket.

"Why could I care such a thing?"

That's stupid answer made my hot, I don't know why, but tears stared running down my cheek.

He was still rubbing himself.

As if his body also started flowing out somewhere without rubbing。

He is also liquid, I thought.

At that time, He hugged me.

"Let's go back home, and bury the gold fish."

I need a vessel not to flow out.

Even if I am in the empty world, I can keep myself in this warm vessel.

And, he is the same, I thought.

Even if he is in the empty world, he can keep himself in this warm vessel.

The moon is floating in the sky growing light

It shines on your heart

We went back home holding our hands, looking the moon.

We are liquid which need vessels not to flow out in this messy world.

I am overtaken be its fast flow

The only thing I can do is living

Not to flow out.

Her works are based on the concept, "healing and moving".

She makes musics evoking the scene, and sings with clear voice.

She have also made musics for a short film and commercial.