This time, I was inspired from songs by Kohei Matsumoto, singer.

I worked with him in a performance I wrote last week.

When I heard his song first time, I moved by his song.

His voice and words are wonderful.

His works are not too bright, but hopeful, I thought it shows our real hope... 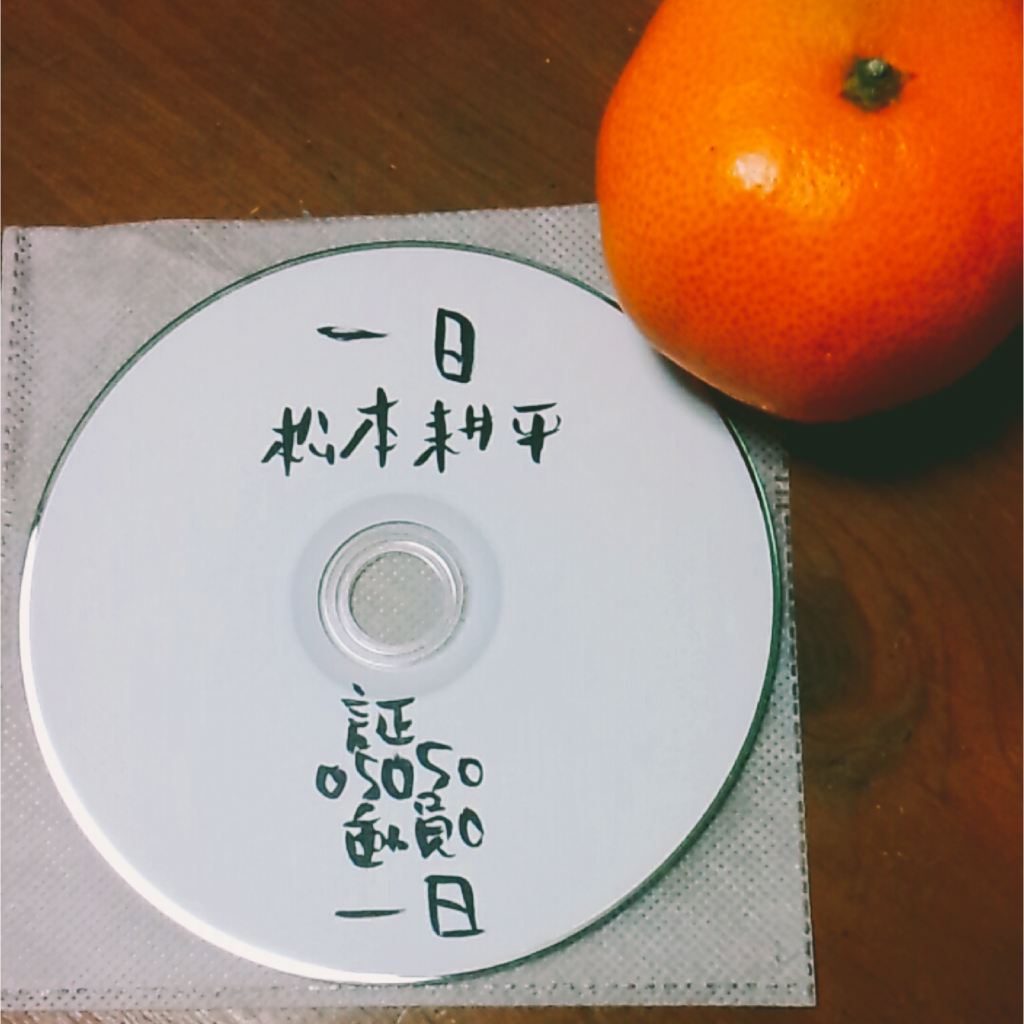 The first day comes after the final day.

I had just moved to this old Japanese traditional house, which had built 50 years before.

I was standing alone on tatami room, watching damaged wallpapers and pillars.

These sights makes me feel drained.

I had become 30 years old, and I had had to come back hometown.

I hadn't wanted to live with my parents. But, it had been foolish to rent my own room.

When I had thought like this, I had just heard a house my relative managing had become vacant.

So, I could rent at low price. It is said that life is lead by something invisible.

My life was lead to live in my hometown.

When I stood veranda, I could see a neighbor's garden.

I could see a thin maple tree and, next to this, big stump.

When I had been in  a kinder garden, I had used to watch a stump in a park every day.

"This ring on the stump is a growth ring. We can see how old this is by counting it."

I had been taught by my mother, then, I wanted to see increasing of the growth ring.

I had been to the park to see stump everyday,

But, finally, I couldn't see it.

Only living tree can grow.

I had understood that truth at that time.

"Well, What should I do from now on?"

I murmured sitting down on the veranda.

First, what I should do were unpacking and cleaning.

The problem was not these but the next.

I had to find job, but I had no idea about getting it.

I had thought I could find some job if I came back to my hometown.

Even insects are doing something.

I felt I am inferior to insects.

I had leaned oil painting in college.

After my graduate, I had been still drawing. paints.

I had spent time in my atelier all day. In a day I couldn't draw, I had drunk at standing style bar.

This had been the way of my forgetting something bad.

But this way had made my brain accelerate circulation of blood and negative thinking.

"The value of my life is less than insects."

On that day, I had been in my atelier doing nothing, and then, I  had drunk a lot of lemon sour.

After I had drunk, I had been walking to my room,

I had taken my phone from my bag.

It had been already 3 am.

I sent her a message by LINE.

I got her message after ten seconds.

"Between A and P"

There are few people at 3 am , even in Tokyo.

I put earphone into my ear to escape from loneliness.

Any music is fine, if my loneliness would be vanish.

"Negative feeling makes what you are"

I got a message.

She always says so when I said something negative.

She is a student of graduate school, studying photograph.

When we want to see photograph with film camera. negative film is needed to be developed.

So, negative feelings develop me, she said.

"Both in happiness or bottom of depression , my heart beats equally

Everyone has a lock inside heart, and opens to go on a journey."

Positive words floated into my ear.

Any songs would be fine, but why this song had been played at first…

My heat beats fast by alcohol when I am bottom of depression.

I had decided to draw tomorrow

I had decided, at 30, This would be the deadline.

I would get some award and then I would work abroad.

If I couldn't do, I would give up all. I finish all.

"This is the proof

This IS the proof

But I don't want you to misunderstand

I hadn't given up anything and I can fight

I took a breath deeply in night noisy wind in tokyo.

Wind in countryside included something warm and sad.

I lay on a tatami.

Days was continuing, even after I had given up all.

Well, what should I do from now on?"

I stood up from the veranda.

"Hey, Why didn't you do anything?"

"I had told you unpacking them during my going out to buy something for cleaning.

I started unpacking with Shiori.

"What should we do?"

"I still had savings"

"Anyway, how about drinking beer?"

"We have just started unpacking."

"What made you tired?"

"It's better than 'insect' because useless man is "man" at least.."

She made a bitter smile.

In the shopping bag ,there are some cans of beer, a bottle of sake, and snacks other than dust clothes and detergents.

I took two cans of beer from it, and sit down on the veranda.

Shiori sit next to me.

"The beginning day of ours."

We drank beer and see the neighbor's garden.

The young maple tree was standing.

I will start the days in this place with her.