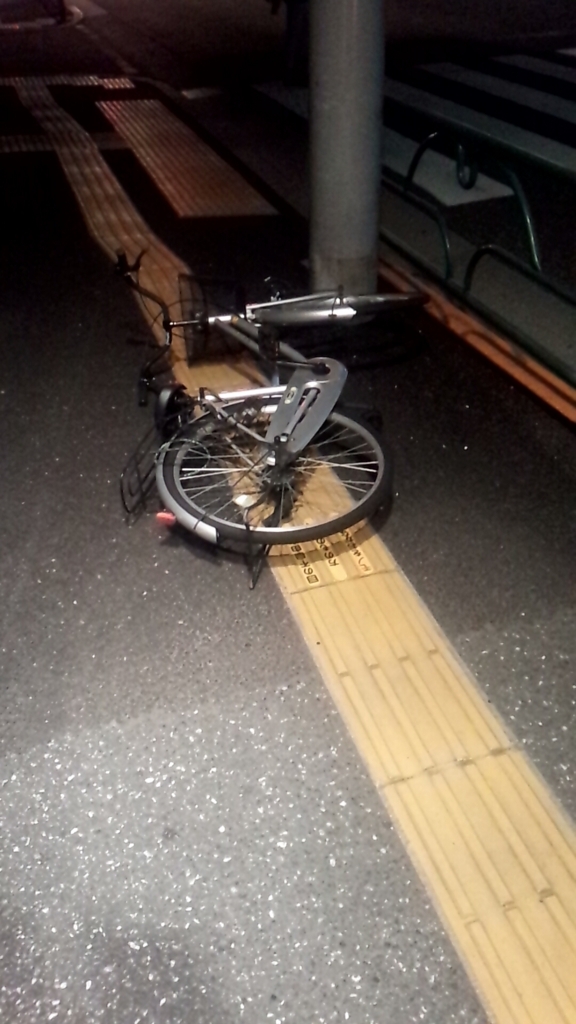 I woke up and saw the disgusting setting sun.

I looked around in my gloomy room.

A small room. There were a bunch of empty beer and sour cans on the floor.

There was a bag of chips which had been opened and left roughly.

I had a bad hangover.

But, there was no problem.

I had quit a part-time job two days before and I had nothing to do.

If I had been a student, I would have ditched a class and slept again.

I could do nothing, when I had nothing.

It was annoying not to have nothing to ditch.

I ate a chip. That salt taste was so decadent.

Yesterday,  she had come to my house while crying.

So, we had gone to a convenience store to buy a bunch of alcohol and snacks.

She woke up and said with floating voice.

"I aimed this, to some extent."

I went to the kitchen.

I took two mugs and and drip coffee.

Preparing them, I heard children enjoy happily from outside.

It told me the Earth can be spinning ignoring me.

When I had been a small kid, I had kept loaches.

There were a lot of mud at the bottom of the fish tank.

After the loaches' death, I had left the fish tank for a long time.

Then, because of this, the smell of mud had turned so badly.

She was gazing at a black helmet which was put at a corner of my room.

It had been used when I had ridden a motor bike.

When she speaks starting with "Well…", she always speaks about her past.

"Three years before, a helmet, died, ah, not a helmet but being with a helmet, suddenly,

ah, about my friend, died, it was too sudden, different from the death of my grand father or grand mother, I felt, with a motor bike, yes.., it was the accident, ah, I thought this was an unacceptable thing, I had often seen such a case in TV drama.

During her talk coffee was being dripped, falling black drops.

"Even if we wear a helmet, we can't be always safe."

The mugs were filled with coffee. I vacantly saw the black surface for a while.

I brought the cup to her. She was naked and gazing at the sunset.

"I think I have no choice."

"Have you already become calm?"

"Yes, ah, a train, oh that sour, I mean peach taste one we drank yesterday, but, I have a headache, of course, I have to think of the meteorite, anyway, that taste was good, wasn't it?, yeah, probably , I'm okay."

"The sun is setting."

"Can I really use this helmet?"

"Of course, I don't ride a motor bike anymore."

She wore the helmet with naked body.This make her something which had lost balance.

I kissed the helmet. It was cold.

"Is it really okay?"

"I only kissed the helmet", I said.

"I couldn't feel anything", she said.

"Because you are wearing the helmet."

"Anyway, I'll take a shower, oh, I have to check the time for a train to go my hometown, but, oh, it's not too late after taking a shower."

She took a towel and went into the bathroom.

I took my phone. The news I saw said,

"The town where the meteorite struck yesterday is completely ruined. Now only people who allowed to enter the town is their families. And they have to wear something to protect their head because the buildings are corrupting."

I took a decadent chip into my mouth and went to my bed.

I could feel the smell of sludge-like sex.

I remembered the fish tank.

I hadn't wanted to wash the fish tank emitting disgusting odor so I had taken it out of my house.

Then, I had gone to a park and struck it against a rock.

The fish tank had been totally broken and mud had been scattered.

I wondered why she had talked about the helmet before she goes back her town.

I kissed the helmet again.