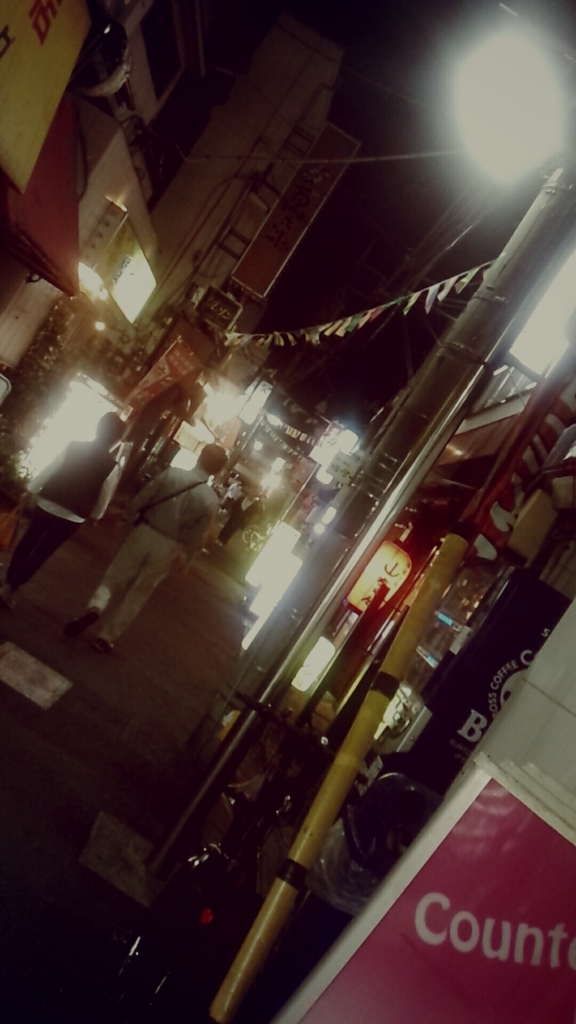 "What a fuckin' boyfriend."

I finished drinking awamori and put the grass on the table roughly, then murmured

The unique taste  is filling my mouth and brain.

My fuckin' boyfriend had kept me waiting for 2 hours. At 1 am, he texted me "Sorry, I can't leave the gathering !"

That's why I'm drinking at this bar alone.

This is a small bar around a small station.

It has already been 3 am.

Today is Tuesday. There are only 2 persons here.

The other is a man wearing the suits, which is not expensive, probably.

He looks around 30 years old. He is drinking black nikka, sitting two seats away.

I love this bar.

Because it has both sherry and awamori.

I always sip sherry first and awamori next.

One day, the bartender proudly told me "We have six kinds of sherry and four kinds of awamori"

But, it meant nothing to me.

What I need is sipping sherry and awamori in order. I totally don't care if they are good or bad.

"I think it is terrible to sip awamori after sherry. "

The man approached me.

"And you chose bad sherry and awamori."

I thought he is definitely bothering, But,I like the men who give me his opinion like that.

I know my style is weird. So, I can't believe the men who give good words to my drinking style.

"It's my first time drinking here. Here is good place, isn't it?"

"There is really good sherry, do you know?. I found. You had better drink it. I'll pay for it."

First, I turned down his offer, but he ordered by force.

Actually, I like the man who give me their opinions. But, I totally hate the man who force me to change something. It's complicated personalty, I know. But, this is me.

The bartender gave me a glance.

I gave up, and nodded to him without any words.

When the bartender was pouring the sherry to the grass, the man was telling me some trashy knowledge about sherry.

I gazed the sherry in the grass.

The "good" sherry totally looked like the previous one.

I sipped it, feeling his bothering gaze.The taste of the sherry invaded my mouth and brain being filled with awamori.

"You shouldn't be with such a boy."

"I heard the story you told to the bartender. He is awful."

Then, he touched my hand.

So, I hit his hand hard.

He looked at me with surprise.

I drank the sherry at once, and I stood up.

I put a thousand-yen bill and got out of the bar, leaving the man.

Outside, breeze was cold.It has already become October.

I thought of my fuckin' boy friend.

Now, he is definitely back his home.

The bad taste boy, who always sips sherry first and awamori next, usually comes back before the sun rises. Because he can't be awake all night.

Surely, he has a bottle of awamori.

I have to sip awamori after sherry.